Media Moment: No Boundaries on TikTok 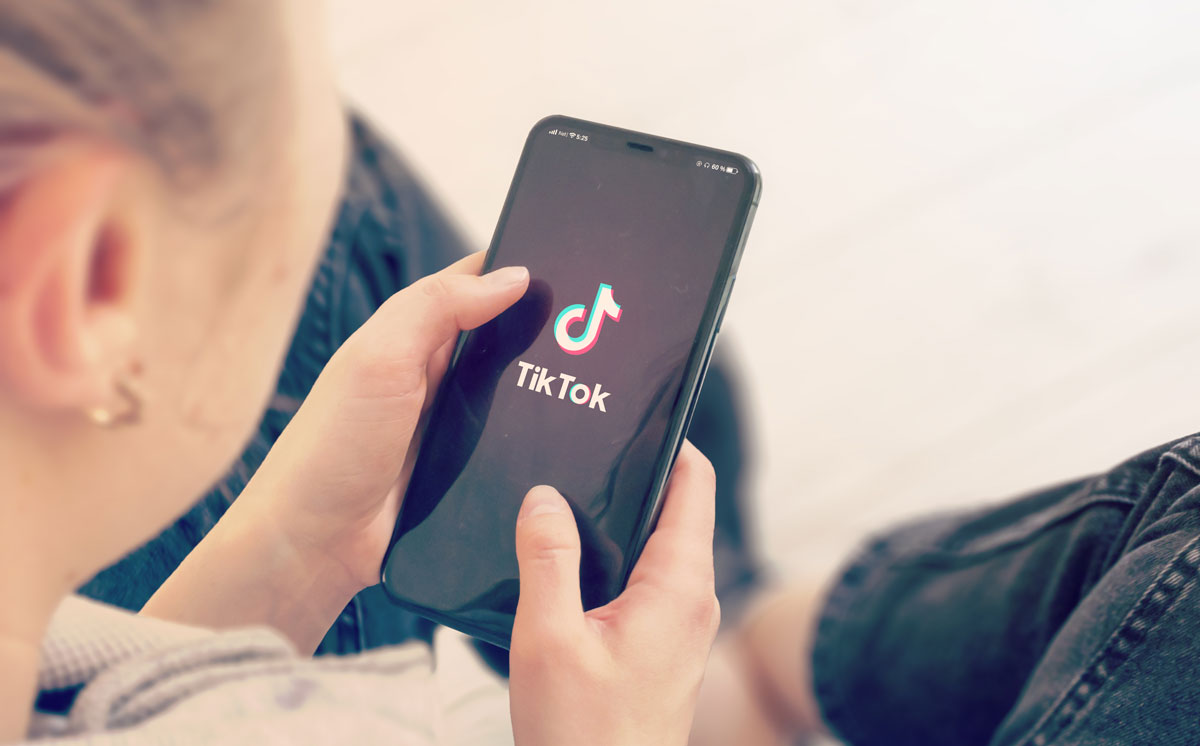 Media Moment: No Boundaries on TikTok

Like many teens and young people, I often use the popular social media app TikTok. It’s a fun application that allows users to share short videos of their choosing on their account, and interact with others through comments and direct messages. It also allows users to stitch or duet other users’ videos as a way of responding, or giving thoughts on the topic at hand. With the short video format, catchy background tunes, and intimate closeness with creators and friends through comments and messages, it’s easy to see why TikTok has taken off the way it has. It allows people to easily find others who share their interests and interact in a seemingly natural and friendly way. However, I have noticed (from my perspective and experience) that a facet of this convenience and closeness has inevitably led to a complete lack of normal personal boundaries between users.

Some examples that have stuck out to me include users leaving persistent comments on the videos of popular creators, pestering them for personal information such as their political opinions, ethnic background, gender identity, or sexual orientation. While this is understandable when the creator is referencing these topics, frequently this is not the case and commenters are simply curious and believe the creator is obligated to share. Often when users answer these questions, the line between personal and public is pushed further. In my experience, it has gotten to the point where many users feel entitled to others’ information and opinions on any topic they choose. Another example of a lack of personal boundaries I have noticed is that when a user talks about their own life or shares an experience, the comment section will often be filled with people offering their own uninformed, and unsolicited, opinions. This type of behavior can lead to persistent back and forth between users in the comments as well as the original poster feeling the need, understandably, to respond and clarify or defend themselves.

Why do TikTok users often disregard commonly accepted personal boundaries when interacting on the app? Is this phenomenon unique to TikTok or do other social media sites see it as well? Is it truly widespread on the platform, or do a handful of unruly commenters give TikTokers a bad name? My answers to these questions are purely speculation based on personal experience.

I’ll start off by saying that the lack of respect for personal boundaries is definitely not unique to TikTok – I have seen it on other social media apps as well, such as Instagram and Twitter. However, it hasn’t stood out to me as much and is seemingly less blatant and inappropriate as it does on TikTok. One clear distinction may be due to the age of the users on each app; Twitter is used primarily by adults, and a plurality of Instagram users are between 25 and 34 years old. Conversely, the majority of TikTok users are much younger, with the largest demographic being 10-29 year olds. This obviously adds an element of immaturity to what goes on in TikTok. Also, while this is more difficult to determine, in my experience, most TikTok users do not disregard boundaries in a blatantly disrespectful way. However, it also seems that the majority of TikTok users feel very comfortable giving their, albeit often respectfully phrased, opinions whenever the opportunity presents itself. I have even caught myself about to leave a comment explaining my perspective on a post that has nothing to do with me. In an in-person setting, this would be an obvious overreach. Thus, I am led to believe that the problem lies within the design of TikTok, and possibly social media on the whole, which has conditioned a generation of young internet users to subscribe to a completely different set of “internet boundaries”.

How and why does TikTok in particular achieve this effect? While I can’t say for sure, my guess is that it is caused by a combination of the app’s ease of communication between users, the popular video format of creators speaking face-to-face with the camera, and the young average age of TikTok users. When watching a TikTok video of a person talking about something, it really feels like they’re talking to you, and that you specifically should respond in kind. Responding is also incredibly easy, as the comment section will likely be filled with people doing the same thing. With young people using TikTok for years, it is easy to see why the app has been so successful in conditioning users to push personal boundaries for the sake of increased interaction on the app.

While this new understanding of communication in the online setting definitely does lead to a sense of community and easy flow of conversation between users, it also has some clear downsides. Users, many of whom are minors, are being pressured into providing their personal information – this is clearly not an ideal situation as it can lead to privacy breaches (such as giving away one’s full name and address) and a lack of understanding of how to set one’s own boundaries. This results in a large number of people feeling not only completely free to share their often uninformed options, but feeling obligated to do so, which is an easy way to spread misinformation and create unnecessary conflict.

This is clearly a complex issue, without a simple solution. TikTok’s format is likely designed to encourage users to invade each other’s privacy in order to stimulate increased interest in a video and subsequently receive more views. Posts and creators that receive more interaction will be shown to a larger audience per TikTok’s algorithm. For this reason, it seems that the new set of TikTok boundaries was an inevitable outcome of the app. In addition, there are a lot of great things about TikTok, including but not limited to political activism, sharing of art, and friendly popular culture related discussions. It is unlikely that the app will be abandoned anytime soon. So how do we use TikTok in a way that we enjoy without falling into the trap of forgetting personal values?

My personal solution to this dilemma is to hold myself to a similar standard that I do in an in-person setting. The lack of curation and oversight on the platform makes it even more incumbent on users to think before they type. I’ve found that by simply not interacting with posts you disagree with, conflict can be easily avoided. As I mentioned earlier, there are people who deliberately say and do provocative or incendiary things to get more views or comments to increase their profile. It is a bit more difficult, but I think it’s important to remind myself that I am not entitled to people’s answers, and I am not obligated to give my input on every issue. In this way, I have found a new way for me to enjoy the app as a consumer and creator.