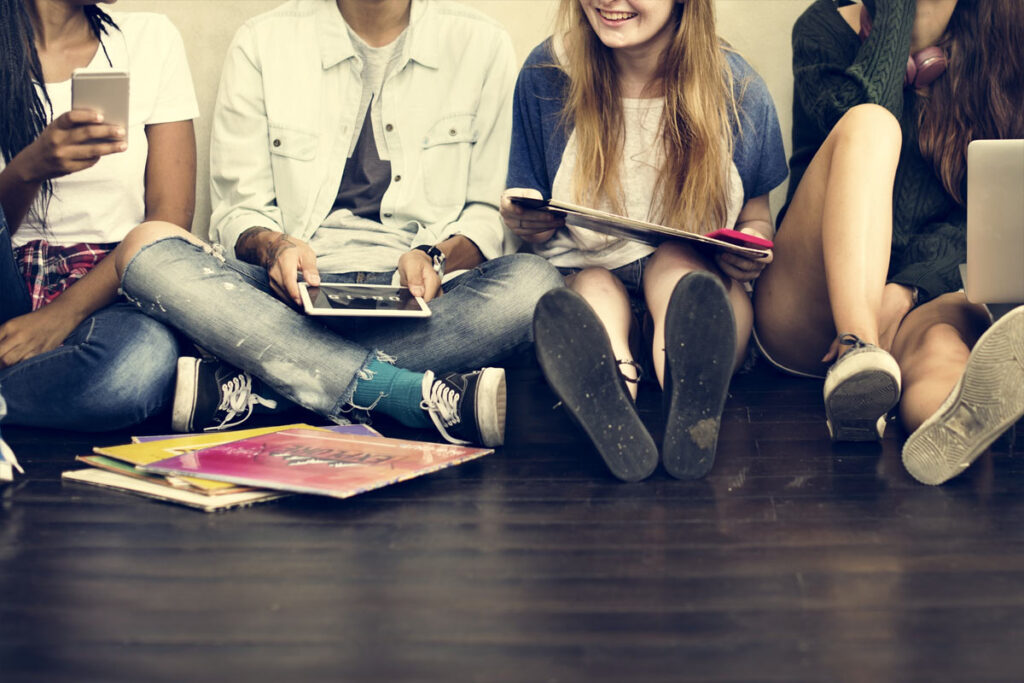 During this stage of life, children complete their physiological growth, deepen their abilities to solve complex problems and exert their independence from their family while developing deeper friendships and romantic relationships with peers. Despite teens distancing from family, parents are encouraged to pay close attention to the developmental changes that occur at this stage.

Teens continue to grow rapidly during this period until they reach physical maturity towards the end of adolescence. Acne occurs in the majority of teenagers, and females will reach menarche during this stage. Other physical changes include the final stages of breast, penile and pubic hair development, and many teenagers will reach, or be close to reaching, their adult height and weight. It is common for adolescents to physically develop at different rates.

During this stage teens are continuing to develop their executive functioning skills, so while they do begin to question and analyze extensively, many lack the ability to think beyond the present and consider long-term consequences. Many teens develop the ability to self-reflect, and they can begin to understand their own actions in a moral context and how they relate to their world . These new moral convictions could lead to the development of ethics that are similar or very different from their parents.

Teens are often more accepting of their body changes in later adolescence, but appearance is often still important. During this stage, affiliations with peer groups can help them understand their own identities and self-image. It is typical for adolescents in this stage to often change groups of friends, clothing style and interests. It is also a time of much introspection, and they may struggle with feelings of inner turmoil and question their place in the world.

During this stage, relationships with parents can become more strained and distant, as teens’ main focus is primarily on their peer group. The majority of teens will progress through adolescence with minimal problems, but some do experience high levels of stress and struggle and will need extra support. The presence of realistic role models is crucial as teens begin to self-assess and explore future opportunities for school and careers.

Dating becomes a common activity for some teens as they assess their ability to attract others. However, the degree and onset of sexual activity varies widely. During this stage, teens may explore their sexual identities and orientations.. Relationships are often superficial and emphasize attractiveness and sexual experimentation rather than intimacy. Knowledge of pregnancy, STDs and STIs is crucial for this group.

Media can be a wonderful addition to the lives of teens; however, it is important to be aware of what media and how much media are appropriate and inappropriate at this stage of development. It is also important to note that the Academy of Pediatrics recommends that that parents set media limits for their children based on the individual child.

Teenagers aged 15 to 18 consume over 4 hours of video content per day. As with younger age groups, CMCH recommends that parents work to find a balance between time for media and time for family, friends, school, physical activity, and sleep.

As with younger children, parents also need to monitor how much time their teen spends in front of the screen in order to avoid an increased risk of depression, and sleep deprivation.

Teens are also susceptible to video content that glorifies alcohol, tobacco, and illegal drug use.

Watching TV and movies with your teen can help parents have meaningful conversations about complicated subjects such as sex, violence, relationships and substance use. Talking with your teens about what they see on TV can help teach them about risky behaviors and potential negative health outcomes.

Many teens will want to explore more mature themes in the novels they read, which can help them develop critical thinking skills while teaching them about the world around them. If you are looking for appropriate book suggestions for your teen, ask your local public librarian, or browse the website of The American Library Association, which has an entire division devoted to reviewing books for young adults.

You may not enjoy your teenager’s taste in music, but listening to music is a great way for adolescents to regulate moods and reflect. Keep in mind that your teenager may be listening to music that has sexist or otherwise inappropriate language; glorifies drug, alcohol, and tobacco use; or is degrading in nature. Lyrical content has the potential to negatively affect a teen’s behavior, so combat the potential negative effects by discussing your teen’s music choices and having them think critically about the messages in their favorite songs.

Teens may want to start using popular social networking sites and apps to communicate with friends and family and share interests. While many social networks are well suited for adolescent identity development, it is important for parents to help teens learn how to navigate social media and monitor their online activities.

Parents should know what social media networks their teens are using and have access to their accounts, should their teen need assistance. Parents should also take time to discuss the types of information their teen should and should not share online as well as the importance of only sharing information with people their teen knows in real life.

Privacy is an especially important topic for teens to be aware of when using social media. Most content shared through social media has the potential to reach a large (often unintended) audience, regardless of privacy settings. It is important for parents to talk to their teen’s about safe practices when it comes to sharing personal information, including what privacy settings to use on each network.

Parents should also discuss cyberbullying with their teens, both in how they should interact with others online and how to report any behavior they feel uncomfortable with while using social media.

Video games labeled by the ESRB as “T” (for teens aged 13 and up) or “M” (for Mature teens aged 17 and up) may be appropriate depending on your teen’s age and developmental stage. However, parents should cross-reference industry ratings by reading reviews, watching trailers, and even playing the game with their teen to ensure that it is developmentally appropriate. Some games may contain violence, which has the ability to lower prosocial behavior in teens.

Playing video games with others (whether friends or family members) can be a social activity for teens, which encourages cooperation and patience. Video games that include a physical or fitness component can also encourage teens to be active.

Teens (and younger children) are at a risk of problematic interactive media use when it comes to their gaming, so be mindful of how much time your teen spends gaming, and encourage them to include other non-gaming hobbies in their lives.

Many teens are interested in mobile devices and either have or will request one of their own. Deciding whether to give your child a cell phone or tablet depends on their levels of independence and maturity. If you decide to give your child their own device, make sure that they are engaged in healthy activities, and only connecting with people they know. This is a great time to set and/or reinforce ground rules, such as charging all mobile devices in a parent’s bedroom overnight, leaving it off and away from the family dinner table, and always leave the lines of communication open when it comes to discussing any problems or questions your child may have while using the device.

Computers and the Internet

At this age, parents are likely to allow teens to use the computer without their supervision. While teens can certainly benefit from the many possibilities the internet affords them, such as creating videos, connecting with friends, and conducting research for school, parents and teens need to practice internet mastery and time management to avoid the many risks of using the web.

Many teens are at risk of problematic interactive media use. Additionally, some teens may view pornography (whether intentionally or accidentally), which has the potential to affect their attitudes about sex. Parents should monitor their teen’s computer and internet use by keeping internet-connected devices in common rooms, and by asking their teen to show them what they are doing online from time to time. 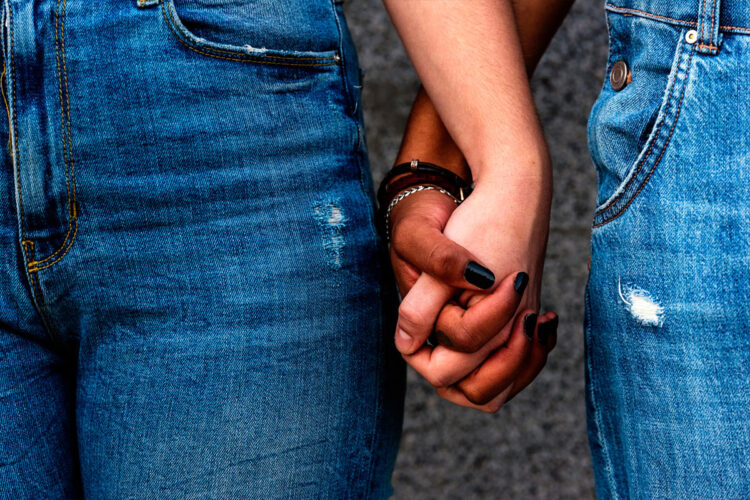 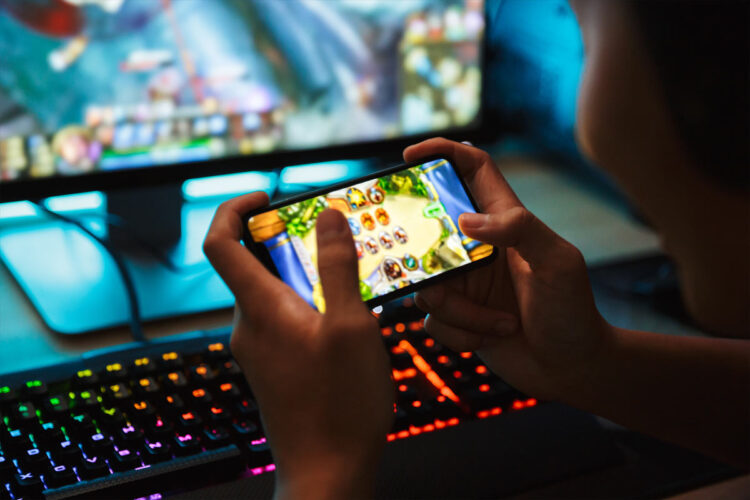 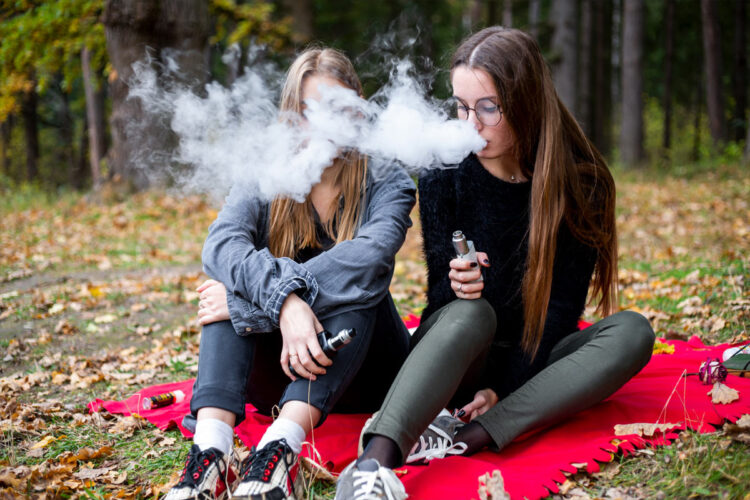